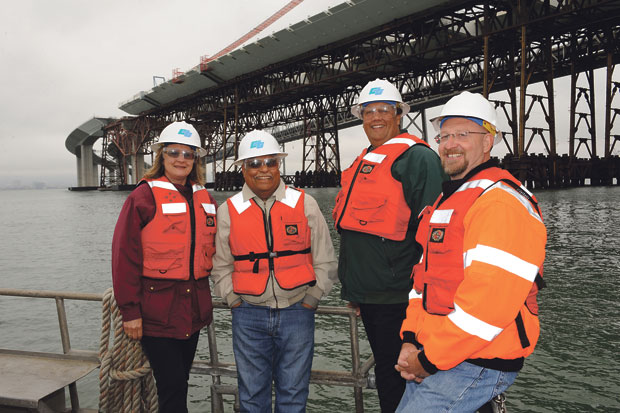 Who else is sick of hearing about the world’s crippling recession? The last couple of years have been especially tough on the construction industry, as well as on the various industries surrounding it. But design professionals are eager to see the light at the end of this thoroughly designed, planned, surveyed, engineered, and constructed tunnel.

So here’s some light! a/e ProNet client Chaudhary & Associates, a California civil engineering firm that’s determined to grow through and out of this tough time, received a glowing mention in the North Bay Business Journal last week. The following is an excerpt from the NBBJ article:

Napa-based civil engineering, surveying and construction inspection services firm Chaudhary & Associates (www.chaudhary.com) is bouncing back from the huge slowdown in private construction projects in the past few years, thanks to big public works projects rolling forward, according to President Arvin Chaudhary.

Targets for more business are a contract in Merced County that could call for four or five more employees and pieces of the $1.5 billion first and followup contracts for the planned California high-speed train project. Design-bid contractor proposals are due this fall for work next year. The company has been involved in major public works projects such as the Bay Bridge retrofit.

Yet with the state government fiscal crisis, Department of Transportation contracts for construction inspection and other services increasingly are less fruitful than anticipated, Mr. Chaudhary said. Overstaffing at Caltrans is resulting in retraining efforts and less of a need for consultants to fill roles on projects, as staff designers have been moving into field inspections, a role firms such as Chaudhary would handle.

The worry in civil engineering is that this move of Caltrans designers into the field will lead to a dearth of projects moving to construction in a few years, Mr. Chaudhary said. END_OF_DOCUMENT_TOKEN_TO_BE_REPLACED