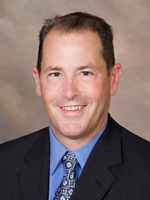 Since its founding in Florida in 1988, Insurance Office of America (IOA) has added more than 20 branch offices across the country. Today, IOA is the largest privately-held agency in Florida and one of the fastest growing agencies in the U.S. At its National Sales Meeting in Orlando last month, the company appointed a/e ProNet Member John Tenuto as a Regional President of IOA.

Tenuto is Senior Vice President and Managing Partner of IOA Insurance Services, and he is the Branch Representative of the San Diego office, which he opened in 2005. Tenuto was appointed to the IOA Board of Directors in 2010, and this latest move by IOA places him in the position of Regional President over all IOA’s offices on the west coast.

Tenuto began his insurance career in 1985, developing his expertise at a number of prominent brokerages in both Northern and Southern California, including HRH, Barney & Barney, and Dealey, Renton & Associates. He also founded Tenuto & Associates Insurance Services in 1994, which was acquired by HRH in 2001. His practice focuses on providing his clients with property and casualty insurance products and various risk management services. Tenuto specializes in representing design and construction related firms.

“We are at a place in our company’s life where it makes sense to have more local leadership,” said IOA Chairman and Founder John Ritenour in last week’s announcement. “John is a huge asset to IOA and really cares about what we are building out west.”