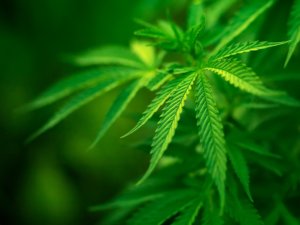 Two states have legalized the recreational use of marijuana within the last year, and it feels like the trend will continue to unfold, too. How does the state-level legalization of a federally-restricted of a narcotic impact workplace drug policy? Our April 2014 Guest Essay, authored by Stephanie Rawitt of Clark Hill, seeks to answer this very question for you. The following is an excerpt of that essay. You can download the full PDF of the newsletter for free from our website.

In a wave of change that children of the 1960s only dreamed, debated and theorized about, almost half of the states in the United States have now passed laws legalizing the controlled distribution of medicinal marijuana, and two states have even legalized the sale of recreational marijuana. While this could truly be the “Dawning of the Age of Aquarius” straight out of the Broadway musical Hair, these new laws raise a variety of questions for employers who have drug screening programs or any type of drug-free workplace policy. The big question for employers is – are their drug-free workplace policies still enforceable? More specifically, what happens when an employee or job applicant with a prescription for medical marijuana fails a drug test? Will employers who discipline employees using medical marijuana who fail drug tests face liability under the Americans with Disabilities Act or their respective state anti-discrimination laws? While in one sense, there are easy answers to the questions raised by the states’ legalization of marijuana, there are many grey areas which require employers to understand their state and local laws and also to pay attention to the landscape of this evolving issue.

For the most part, courts have been affirming an employer’s right to enforce its drug-free workplace policies. Despite the increasing rise of the states’ respective medical marijuana laws and the legalization of recreational marijuana in Colorado and Washington, marijuana possession and use is still illegal under federal law. The Controlled Substance Act (CSA) categorizes marijuana as a Schedule I drug, which means that it has a strong potential for abuse and is not currently recognized by the federal government as an acceptable medication. See, 21 U.S.C. §§811-812. In 2005, the U.S. Supreme Court held that the possession of marijuana is illegal under the CSA regardless of whether a state allows the use of medical marijuana. Gonzales v. Raich, 545 U.S. 1 (2005). Plainly, with reference to this issue, federal law will pre-empt state law where there is a conflict between the two.

Given that marijuana use and possession are illegal under federal law, employers that have federal contracts or are subject to federal drug-free workplace regulations should not need to change or modify their existing policies. These employers should continue to comply with applicable federal law, even if they are located in a state where marijuana has been legalized for medicinal or recreational use. END_OF_DOCUMENT_TOKEN_TO_BE_REPLACED