Meet Rebecca Rasmussen our a/e ProNet 2022 ACEC Scholarship Recipient. In an interview with Executive Director Lynda Colucci of a/e ProNet, Rebecca tells us she is following in the footsteps of her Civil Engineer Dad. She had an ‘ah ha’ moment when she saw not only could he build and design the deck on the back of their house he could also build and design commercial buildings of grand scale.

Rebecca will be entering her senior year at Brigham Young University in Provo, Utah. She loves calculus and is applying all those theories toward her Civil Engineering degree with a lot of focus on Structural. With her degree in hand, she’s hoping to work on those grand scale commercial structures, maybe bridge or roadway, but a residential home too.

Rebecca was born and raised in Utah and she and her Medical School student husband are juggling classes and internships. Congratulations Rebecca. We are proud to invest in your education and future. And, we look forward to following your projects this Fall once school is back underway.

Interior design and its role in politics showed up in this week’s issue of The New Yorker. Former Secretary of State and current 2016 Presidential candidate Hillary Clinton recently opened her campaign headquarters in Brooklyn Heights, New York. Between this location choice and Clinton’s apparent need to makeover her image in order to better relate to the American people, many have begun to speculate on what kind of vibe we’ll find in her offices.

Brooklyn Heights isn’t exactly the trendiest corner of NYC. In fact, as Emma Allen writes, the neighborhood is more of a “no man’s land… Locals refer to Brooklyn Heights as ‘America’s First Suburb.'”

“I think she’s not likely to furnish [her campaign HQ] with a host of bearded men, vintage chesterfield sofas, and fridges full of Brooklyn Lager,” David Alhadeff, the founder of the Williamsburg boutique the Future Perfect, said. “I don’t think she’ll be dumpster diving for her office chairs.”

Clinton could hardly do worse than the de Blasios, who, last summer, replaced antiques in Gracie Mansion on which Mayor Michael Bloomberg had spent several million dollars with sixty-five thousand dollars’ worth of free furniture from West Elm: dusty-blue sectionals, furry throw pillows. A Times Op-Ed called the decision “unseemly.” The First Family defended the choice by pointing out that West Elm had started in Brooklyn, like them…

“In political culture, design is not a priority,” said Martin Finio, an architect who, with his wife, revamped the Brooklyn Historical Society. 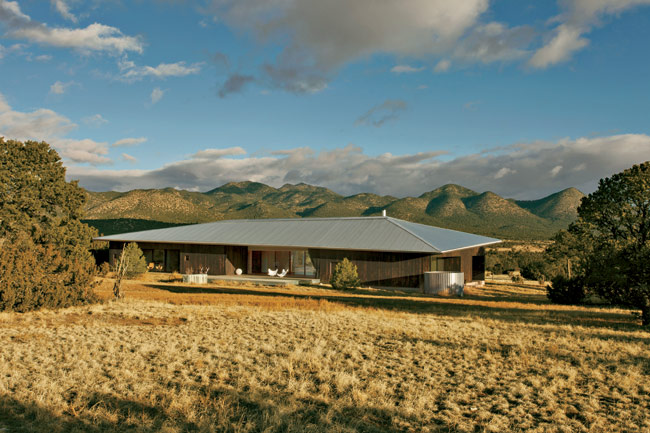 The design by Rick Joy Architects has been called “a light-filled twist on the low-slung form” by the Architectural Record blog.

The American West merges with the Far East on a 27,000-acre Wagyu-cattle ranch in a ghost town called Golden, New Mexico. Tucson-based architect Rick Joy designed a six-bedroom house for a couple who inherited the land. ‘They went to Japan, learned all about [Wagyu], got the stock, and put together this company selling beef around the country,’ says Joy. ‘Interestingly, the house turned out to be very Japanese in feel.’ — excerpted from Laura Raskin’s article for Architectural Record END_OF_DOCUMENT_TOKEN_TO_BE_REPLACED

DesignSmyth gives us a glimpse inside the mind’s eye of an Architect. Looking at a beach house in need of a remodel, what does he see? Far more (and better) than I do! Beautiful conceptual sketch.

One week from today, a cast of 15,000 will partake in the opening ceremonies of the 2012 Olympics in London. Events will be held in a wide variety of structures, both permanent and newly constructed. Depending on which media outlet you consult, some Londoners are proud of the variety of eclectic stadiums which have popped up across the city, while others are displeased with the way these venues have changed the look and feel of their city.

If nothing else, the architectural boom following the winning bid for any Olympics is worth admiring. Firms from all over the globe compete for their designs to be featured in the world’s most-watched sporting event. Interestingly, along with being the first “digital Olympics,” these games are also the most-notoriously privacy-restricted in history: from strict contracts regarding media coverage to bans on private citizens posting photos of the events on social media sites to gag-orders on the architects and engineers who designed and built the stadiums.

The following are a few fun articles about the London Olympic buildings and their creators, inspirations, receptions, and detractors:

“Innovation goes beyond the athletes to include the venue as well. London 2012’s emphasis on showcasing sustainable green venues for its sporting events may challenge us to re-think public architecture in new ways, just as Beijing’s Bird Nest challenged us to re-think the design of buildings. Who needs air conditioning when you have buildings that use a 100 percent natural ventilation system? (Alright, if you’ve spent any time in the Washington, D.C. area this summer, you might be skeptical about any building that’s air-conditioning free.). Or how about buildings made from recycled construction debris? The London 2012 vision is to re-claim former industrial wasteland in the city by transforming it into a green park area.” END_OF_DOCUMENT_TOKEN_TO_BE_REPLACED 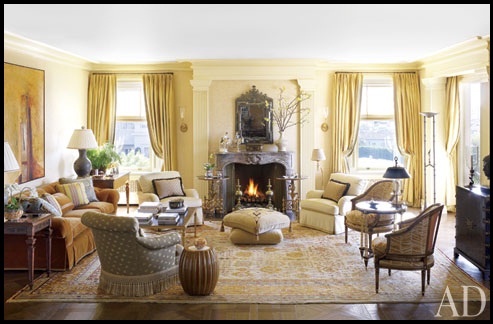 a/e ProNet client Andrew Skurman Architects recently handled the interior redesign of a five-bedroom apartment in one of San Francisco’s loveliest buildings. The following is an excerpt from the article in the February 2012 issue of Architectural Digest:

“Skurman began by gutting the five-bedroom space, carving out a new master wing with his-and-her studies, dressing rooms, and baths, as well as a single sizable bedroom. He also softened the apartment’s straight lines by designing an oval entrance hall with a ceiling dome, adding another dome in the master bedroom, and constructing a graceful apse in the library. Like many classic Beaux Arts apartments, the Shansbys’ home now has gently curved crown moldings and elegant plasterwork, with fluted pilasters surrounding the doors and windows. (The dining room’s etched-mirror moldings, inlay, and door panels are the only details that survive from the preexisting interiors, which were designed by Valerian Rybar and Jean-François Daigre.)”

You can read the rest of the Architectural Digest article here.

Andrew Skurman Architects, an award-winning residential architectual design firm based in the San Francisco Bay Area, designs some of the most striking, sophisticated and architecturally appealing custom houses and interiors being built today.  The firm specializes in residences inspired by the classical architectural traditions of French châteaux, Mediterranean villas and Georgian country houses.  We draw from our extensive architectural library of European & American design and work closely with our clients to identify historical precedents that meet their needs, tastes and lifestyle. (Excerpted from the firm’s bio on the Andrew Skurman Architects website.)